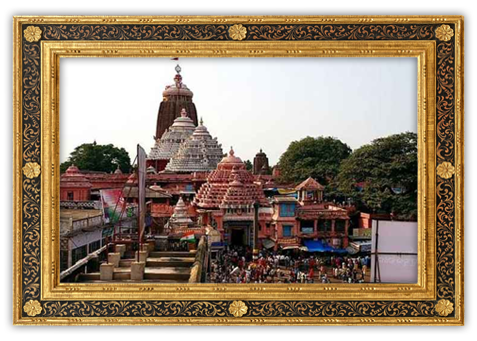 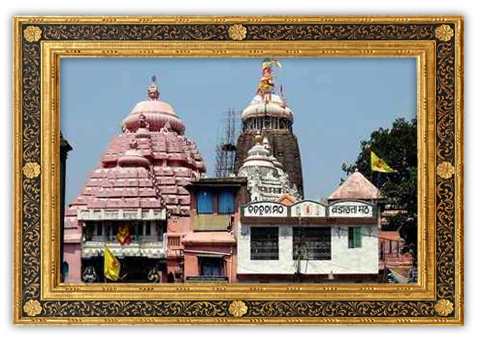 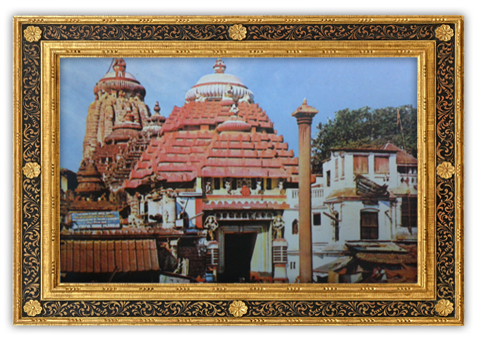 THROUGH THE AGES >> Medieval

It is believed and universally accepted that the present temple of Jagannatha at Puri was built in 12th century AD by King Ananta Varman Chodaganga Deva. Though the construction of the temple was almost over during the reign of Chodaganga Deva, it was not given finishing touches for quite a long time. Anangabheema Deva III completed the temple in 1230 AD and installed the Deities. The Gangas ruled over Odisha for a period of about 350 years and their policy of expansion resulted in establishment of a large empire from river Ganges in north to river Godavari in south. Chodaganga Deva won the heart of the people of Odisha by constructing the temple of Lord Jagannatha. During his reign, Ramanujacharya, a Vaisnava saint visited Puri and was closely associated with the rituals of the temple. Ramanuja advocated the ‘Visistadvaita’ philosophy of Vedanta. He stressed ‘Bhakti’ (devotion) as the means to attain God. He treated Brahman as Saguna (endowed with attributes or all good qualities). He was a pioneer of Sri Sampradaya (sect) which believes that the sect has originated from Sri or Lakshmi. Ramanuja tried to modify the existing ritualistic system of the temple by introducing Pancharatra system of worship but he was not successful. However, he was able to prevail upon the king to introduce the worship of Lakshmi and hence a separate temple for Lakshmi was constructed in Puri, in the premises of Jagannatha Temple.

Vaisnavism in India, particularly in southern India had witnessed development of different philosophical trends and devotional practices with Vishnu or Krushna as the Gods of worship. Saints like Nimbarka, Vishnuswami and Madhva were the pioneers of these movements. It is believed that the above saints and their followers had also visited Puri at different times and had established their monasteries. Narahari Tirtha, a disciple of Madhva was for some time a Mandalika (Governor) of Kalinga Visaya (Kalinga Province) during Bhanudeva-I and had acted as a guardian of Narasimha Deva- II. He also had taken interest in preaching the Dvaita Philosophy of Madhva, in which bhakti or devotion to God is the only means to achieve the highest goal of life. Ramananda, Kabira, Nanaka and other saints also came to Puri in different times and established their monasteries.

It was sometime during the rule of the Gangas that poet Jayadeva, a native of village Kenduli in Puri district, lived in Puri and composed Gitagovinda, depicting the love of Radha and Krishna. He was a follower of Nimbarka School of Vaishnavism, in which the worship of Radha and Krushna together is given emphasis. Gitagovinda of Jayadeva was so popular in Odisha that it was allowed to be sung before Sri Jagannatha. Besides, Khandua (a silken cloth) with passages of Gitagovinda woven on it, is included in various rituals of Jagannatha.

During the Ganga period the worship of Vishnu in all forms was prevalent in Odisha. Vishnu assuming ten incarnations became very popular in Odisha during the period. This aspect of Vishnu was largely depicted in several temple sculptures of Odisha and it had its impact on Jagannatha Temple too. In the western wall of Jagannatha temple, we find Buddha as the 9th incarnation and Kaliki as the 10th. It amply establishes that all others were Avataras (incarnations) and Jagannath is Avataree (the Incarnate). The Dasavatara Stotra (Hymn) composed by Jayadeva also establishes it. Read More

Another significance of Lord Jagannatha during Ganga dynasty is that, Anangabheema Deva-III regarded Purushottama Jagannatha as the Lord Supreme of his empire and considered himself as His Rauta or sub-ordinate. This attitude continued throughout with all kings of the dynasty. Bhanu Deva II even proclaimed his kingdom as ‘Purushottama Samrajya’ (the empire of Purushottama). This attitude of subordination to Jagannatha was also subscribed to by the kings of later dynasties, as we find a similar reference made by Kapilendra Deva (1435-1467AD) in his Jaya-Vijaya door inscription. Some kings as a mark of their subordinate status seem to have introduced the system of ‘Chhera-Pahanra’ (sweeping the floors of the chariots of the Lord) during Cart-Festival.

After the fall of the Ganga dynasty, Odisha was ruled by Suryavamsi Gajapati Kings and Kapilendra Deva was the founder of the dynasty. As regards his religious policy, he closely followed Gangas. During his time, Odia language and literature received a great impetus. Sarala Das composed Mahabharata in Odia and emerged as Adi Kavi (first poet) of Odisha. By this period, Jagannatha was already established as the Lord Supreme and the religion centered around Him had already become synthetic in nature.

After Kapilendra Deva, Purushottama Deva also followed the policies of his father. Apart from taking keen interest in the rituals of the temple, he also wrote a book ‘Niladrinatha Puja Vidhi’, prescribing various details of worship of Jagannatha. To eulogise the shrine of Jagannatha, another important book ‘Muktichintamani’ was also written during his period.

After Purushottama Deva, his son Prataparudra Deva (1497-1540 AD) ascended the throne. He was also a great devotee of Jagannatha. During his reign, Sri Chaitanya, an exponent of Prema Bhakti (devotion of Love) and Nama Samkitrana (chanting the names of the God) came to Odisha and stayed at Puri for 24 long years. With his efforts, identification of Jagannatha with Krushna took complete shape. As he was hailed from Gouda region of Bengal, his sect came to be known as Goudiya Vaishnava.

During the reign of Prataparudra Deva, another form of Vaishnavism in contrast to Gaudiya Vaishnavism grew as ‘Odia (Odissan) Vaishnavism’, as it was preached by Odia saints, popularly known as Panchasakhas (five friends). By their writings and performances they popularised it. This form of Vaishnavism centered around Sri Jagannatha. It is believed that certain new features were introduced in the worship of Jagannatha under the influence of both Gaudiya and Odia Vaishnavas due to the influence of Sri Chaitanya and Panchasakha poets respectively. Some new festivals observed by the Vaishnavas were also included in the rituals of Jagannatha.

After Prataparudra Deva, political turmoil continued and Odisha passed into the hands of Afghans in 1568 AD. For a few years, there was anarchy in Odisha and by 1592 Odisha was annexed to the Mughal Empire. However, there were no major changes in the worship of Jagannatha and the rituals prevalent during Prataparudra Deva’s rule continued.

The Panchasakhas or five poet and philosopher friends are- Achyuta, Ananta, Yashobanta, Balarama and Jagannatha. Some scholars contend that the Orissan Vaishnavism is an offshoot of Buddhist Philosophical doctrines and religious practices, characterised by Tantric form of worship. Sunyavada or the theory of void, adopted by the Buddhists were continued by the Odissan Vaishnavas,, who worshipped Sri Jagannatha as ‘Sunya Purusha’. To them, Buddha-Jagannatha and Sunya-Alekha were not different from each other. Scholars such as Dr. Mayadhar Mansingh have recognised the birth of Odissan Vaishnavism as a consequence of constant interactions between the philosophy, religious practices and modes of worship of Buddhists and Brahmanic deities.

One of the main characteristics of Odissan Vaishnavism is Pinda-Brahmandavada (doctrine of the universe being present in the human body itself). So the body becomes the sacred temple of Puri, the seat of the Lord. Krushna and Radha in this new Vaishnavism were treated as Paramatma (the universal soul) and Jivantma (the individual soul) respectively. The holy kshetra of Puri for them became the place of the eternal Rahasa (game of love). For the Odissan Vaishnavas, Sreekshetra became the Nitya Golaka (permanent abode of the supreme power).