Some famous shrines are as follows:

Aruna Stambha
In front of the eastern side of main temple, there is a monolithic pillar called Aruna Stambha. The pillar is 34 feet high and is sixteen-sided. The pillar was brought from Konarka to the present site during the reign of Dibyasingha Deva (1793-98 A.D.)

Patitapabana
A single image of Shree Jagannatha has been carved on the eastern gate of the temple in a niche. It is said that this image has been installed during the reign of Rama Chandra Deva II (1727-36 A.D.) of Bhoi dynasty. Persons unable to enter the temple premises for any reason, can have a darshan of Patitapabana from outside.

Roshaghara (Kitchen)
The Roshaghara or the kitchen of the temple is popularly considered to be the largest kitchen of the world. There are about 240 Chulis (hearths). Cooking is done here with the help of fire- wood only in the earthen pots and the system of cooking in the temple, though traditional, has some peculiarities. Curries, cakes and sweetmeats are cooked in ‘ahiyas’, i.e, beds of burning charcoals. Servitors, called Suaras are only entitled to cook in the kitchen.

Baisi Pahacha
Baisi Pahacha or twenty two steps denote the flight of steps from the outer enclosure to the inner enclosure of the temple on the eastern side. Now the steps count seventeen only. The number might have been reduced due to some later construction, but the flight still retains the name, Baisi Pahacha. Devotees visiting the temple sit here for a while as a part of their sacred duty.

Koili Vaikuntha
Koili Vaikuntha is located on the northern side of the temple within outer compound. It is known as burial ground of Shree Jagannatha. During Nabakalebara ceremony it is here that the new wooden images of the deities are constructed and the old images are buried. It is now developed as a garden with various flowering plants.

Snana Mandapa
The Snana Mandapa or Vedi where the bathing festival of the principal deities takes place is a very high pavilion. This East facing 75 square feet pavilion is approachable from northern and southern sides by a flight of steps. 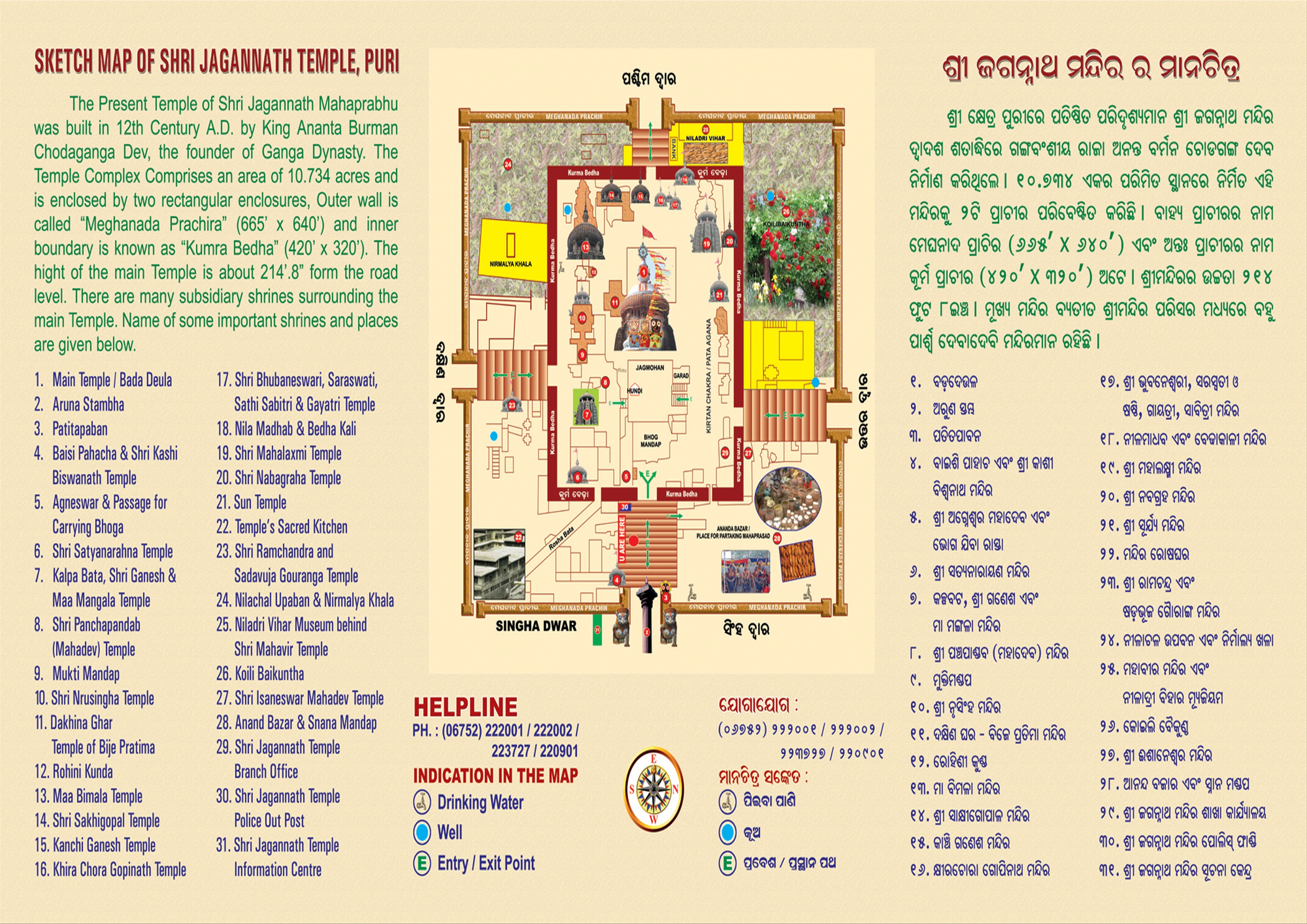